The earliest evidence of the existence of a Jewish settlement in Speyer dates back to the 11th century. During the High Middle Ages this Jewish Community evolved into one of the most renowned in the Ashkenazic region. To the present day, the archaeological remains provide an idea of a once splendid historical past. However, as the plague spread across Europe, this heyday ended. It was not until the 19th century that the significance of the Jewish community increased again but antisemitism during National Socialism then led to the persecution of the Jews. As a result, the jewish  population was almost completely extinguished. Today, the Jewish Community is once again a visible part of life in Speyer.

The Jewish Community in the Middle Ages 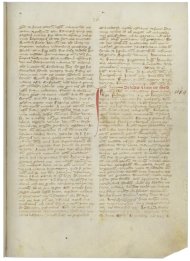 In 1084, Bishop Rüdiger Huzmann settled several Jews and Jewesses in the vicinity of the Cathedral in order to enhance the reputation of the city. Bishop and emperor alike endowed them with generous privileges. Because of this they were able, for example, to operate money exchange offices and mercantile trade businesses and in addition to that, take charge of their own administration. The Jewish courtyard eventually became the focal point of the settlement; it had dual synagogues for men and women as well as a ritual bath (“Mikvah”). The members of the community were active in intercity trade and banking and had at their command wide-ranging business and cultural connections with Jewish settlements in Southern Europe as well as in the Islamic countries on the Mediterranean and even in the Near and Far East. Thanks to their activities in foreign trade, their knowledge of foreign languages and their religious knowledge, they formed an economic and intellectual elite within the city’s population.

The Jewish communities of Speyer, Mainz and Worms formed an association called “SchUM”. The name is formed by the Hebrew first letters of the three cities that Jews of both sexes in all of Germany acknowledged to be the authority in all legal and religious matters. In the 12th and 13th centuries, the SchUM cities experienced their intellectual and economic heyday.

First Pogroms, then the Crusades and the Plague

With the start of the First Crusade in 1096, some of its participants on their way to the Holy Land raided Jewish settlements along the Rhine and in so doing, did not spare the SchUM cities. Along the way, they not only destroyed houses and religious sites but also killed all Jews and Jewesses who did not allow themselves to be forcibly baptized. We can thank the galant intervention of Speyer’s then Bishop John that the city had comparatively few fatalities to lament. He had brought the persecuted into his castle, identified their pursuers and severely punished them.

The Second Crusade in 1146 brought just as much disquiet as the first but its damage was once again mitigated by the protection of the episcopal lords of the city.

One hundred years or so later, the then incumbent bishop denied his protection when a Christian was found murdered in front of the city’s walls. Jews and Jewesses were accused of the deed and as a consequence, their houses were burned and they were robbed and killed. Duke Otto, brother of the king made all townspeople who had participated in the pogrom rebuild the houses that they had destroyed and directed that all of the Jews and Jewesses who had fled the city should return.

As the plague spread across Europe in 1349, the Jewish population in many locations was blamed for it — they were pursued and their homes and places of worship were once again set on fire. That is what also happened in Speyer too. Several years later, Jews and Jewesses came back to Speyer but their community never again achieved the significance it had enjoyed in its heyday. It was not until the 19th century that the number of community members increased but antisemitism then led anew to another exodus and emigration. By 1939, only 77 Jews and Jewesses still lived in Speyer, almost all of whom then fell victim to the Holocaust. Not until the mid-1990s has there again been a Jewish community in Speyer. For them a new synagogue was built between 2008 and 2011 by the Jewish Cultural Community of the Rhineland-Palatinate, the State of Rhineland-Palatinate and the City of Speyer on the property formerly occupied by the Church of St. Guido which had become vacated.