The oldest still liquid wine in the world is being preserved in the Historical Museum of the Palatinate.

It is the oldest preserved grape wine in the world - and it is still liquid! The Historical Museum of the Palatinate is watching over one of Germany’s biggest treasures of wine culture: a wine from the year 325 A.D. preserved in a greenish yellow, cylindrically shaped glass bottle with two dolphin-shaped handles. 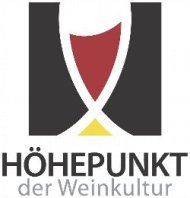 The container was discovered in a grave during excavations in Speyer in 1867. The grave contained two sarcophagi - tombs for a man and a woman from the early 4th century.

A total of six glass containers were found in the woman’s grave while a total of ten were found in the man’s sarcophagus. They may have all contained liquids at one time and represented provisions for the deceased to take on their long journey into the life hereafter. However, only one still contained a liquid - in one particular wine bottle. A clear liquid sediment was found inside and - for two-thirds of its volume - a hard, resinous mixture. Analysis showed that the contents must have consisted of, at least for part of the liquid, wine. But alcohol can certainly no longer be present in it today.

The experts have explained that it is the composition of the liquid that accounts for why they believe this one bottle to have contained wine: the (small) amount of wine was initially poured into the glass bottle with a mixture of herbs. Then, a larger amount of olive oil was poured into the bottle to seal the wine off from the air. The amount of oil was so large and so dense that it even sufficed in its hardened form to preserve this “Roman wine” until today, more than 1680 years later.

The “Roman wine” is not the only evidence for the 2000 year long history of wine in the Palatinate: the “Wine Museum”, a subdivision of the Historical Museum of the Palatinate, has documented with numerous other exhibits such as wine presses and flamboyant wine barrels the history of wine production along the Rhine. Not only that but here you will also find the wine bottle from the year 1678 found at the Steinauer vineyard near Naumburg on the Saale - the oldest completely full bottle of wine in Germany.

We are happy to assist you.